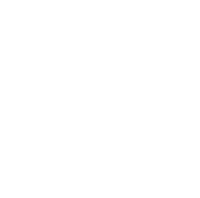 The world continues to thirst for oil with in an ever increasing fervor, yet simultaneously struggles to fully grasp and appreciate the obstacles encountered by those who bring that oil to their local pumps.

There has always been a necessary trade-off when it comes to technology and industrial advancement, as in order to experience the many benefits modern society offers us, we have to agree to give up some portion of nature and accept a certain amount of environmental damage.

Logic dictates that “we can’t have our cake and eat it to,” but recently the oil industry has been seeking ways in which they can continue to bring us the oil that we thrive upon and still protect the environment that it is derived from.

Fact #1: Our world continues to demand a consistent and increasingly larger flow of oil to supply it’s constantly growing needs for transportation and energy as 3rd and 2nd world nations quickly progress into what may soon become an ever expanding, “equal playing field” of 1st world civilization.

Fact #2: Oil is a very messy business. There are horrendous calamities such as oil spills, pipeline ruptures, fires, explosions, as well as rigs breaking, ships sinking, trains derailing and trucks jack-knifing or crashing. Toss the polluting potential involved in the refining process as well as intentional havoc created by acts of sabotage and terrorism, and you have yourself one powerful powder keg to protect.

“Necessity Is the Mother Of Invention!” Today’s Oil Industry realizes that they have a dark cloud of  negative press and public perception hovering ominously over their head and are wisely refocusing their attention on effectively cleaning up their act and reputation, while learning to better preserve the very environment that they rely upon to draw their profits and sustenance.

Meanwhile, those once “die hard” environmentalists now comprehend that it’s actually in everyone’s best interests if they now work cooperatively along side the oil companies, helping them to succeed in a way that takes far less toll on our planet and the multiple millions of people inhabiting it.

Here’s what this newly forged team of former foes finds itself up against:

Every single year, millions of gallons of oil are released into our environment due to technological and mechanical breakdown, human error or carelessness, as well as natural disasters such as earthquakes, hurricanes, fires and explosions. Not to mention catastrophes created by certain state sponsored acts of aggression or warfare and of course, the blatant devastation of terrorism.

Oil companies, working alongside environmental organizations, scientists, biologists and engineers have developed numerous solutions for spills occurring both on land and in the water. Water spills can now effectively be cleaned by presses that involve straining and draining while containing the oil slick, using “floating booms” to corral the oil while skimmers and vacuum pumps cleanse the water and reclaim large percentages of the spilled oil.

Another “eco-friendly” oil spill management method for both water and land spills is called “Bio-Remediation. It’s a technique that uses living organisms such as bacteria and fungi to degrade, break down and in some cases; actually eat the oil as it safely cleanses the spill without hurting the environment.  Meanwhile, serious upgrading of the technology now being used for the drilling and refining of oil is cutting previous pollution levels down tremendously, as the oil industry increases profits by processing more usable oil while polluting a lot less.

Oil companies are now investing billions of dollars in socially responsible programs and are quickly becoming one of the largest supporters of environmentally friendly programs worldwide. Oil is already largely responsible for many of the major advances in medicine, pharmacology and world wide health care infrastructure, but now they are some of the largest supporters of research dedicated to promoting renewable energy sources.

British Petroleum is a leader in solar, wind and hydrogen power programs. Meanwhile Exxon Mobil is partnering with Stanford University on its Global Climate and Energy Project! Oil companies are some of the largest contributors actively partnering in Third World developments, investing in their future by donating billions of dollars for the building of schools, hospitals, libraries, and other much needed infrastructure, getting countless previously unemployed workers off of the streets and feeding families that otherwise would starve to death.

Exxon, after the media blood bath it suffered over the Valdez catastrophe, has drastically improved it’s reputation world wide, but particularly with the environmental groups, by paying for all of the damages and working diligently to promote resurgence of wildlife in Prince William Sound, as well as funding environmental education to prevent and protect against future spills. They also recently donated millions to the “Save the Tiger Fund,” “The World Wildlife Fund” and “The Wildlife Conservation Society.”

While Shell and BP-Amoco were rated particularly high for their work on renewable energy, corporate social responsibility and research regarding climate change. They gave strong referrals to Exxon, for their efforts to develop a now highly respectable environmental management framework directed at reducing environmental impact while improving performance. They also glowingly recognized Texaco for their expertise in waste “gasification” that they are not only using for their own benefits, but also making available to competitors.

The oil industry has recently done a dramatic reversal in it’s methodology of doing business and this new commitment to the environment and the people who live within it, including themselves, is going a long way in bolstering their global reputation, while making them a whole new set of friends and allies, many of whom were once their biggest and most dedicated detractors! This truly is excellent news for every living being on the planet, as well as the planet itself! 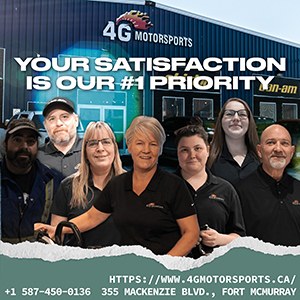